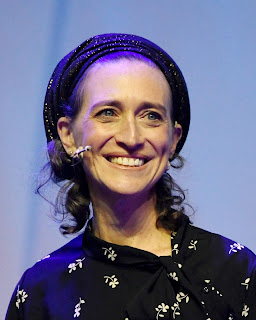 Rabbanit Michelle Cohen Farber is the founder of Hadran: Advancing Talmud Study for Women and Daf Yomi for Women, the first woman's online shiur on the daf yomi. Michelle spearheaded the first international Siyum HaShas for Women, which took place in January. Michelle studied Talmud at Bar Ilan and in Midreshet Lindenbaum's scholar's program. She has taught Gemara and Halacha in Pelech Jerusalem, Midreshet Lindenbaum and Matan HaSharon. Michelle and her husband, Seth, founded and lead Kehillat Netivot in Ra'anana where they live with their five children.

Women of our generation have taken huge strides in their professional lives, the same should be the case for their Jewish lives. A well-educated woman needs to be educated in Jewish texts if she wants her Judaism to be meaningful to her. That means gaining access to the Talmud which is the most central book of our tradition, as almost everything in Judaism is derived from there. It is important to learn about the roots of particular traditions, but also to understand the unique logic upon which Rabbinic Judaism is based. The Talmud is a book that encompasses everything including psychology, human behavior, law, ethics, etc. For generations, the average woman was excluded from this text. At this point, women have been invited in, however many have not yet taken advantage of that opportunity. I believe that all women should be not only allowed access but should be taking an active step toward making it their own.

2.       What was a turning point in your life that led you to your current path?
I have been teaching Talmud for many years, but 9 years ago, my career took a slow turn, which ultimately led to a big change. When the previous daf yomi cycle began, I was looking for a place to teach gemara to women in more than just a “once a week class.” When I realized that there were no such opportunities for that where I was living, I decided to take up the challenge of teaching the daf. When I went online to see some examples of how people taught a whole daf in 45 minutes, I was surprised to find hundreds of daf yomi shiurim by men but none by women. When listening to the shiurim, it was clear that the average woman who comes with little or no gemara background would have a hard time learning with one of those shiurim, not because they can’t learn from a man, but because most of the rabbis teaching assumed the listener had a certain comfort level with basic words and concepts. In addition, the questions that they asked on the gemara or issues they delved into were not necessarily the issues that the women would be interested in pursuing. Also, when a sensitive women’s issue arises, many gloss right over it and move on. It was then that I decided that I would record my classes and put them online to be able to offer a class that could appeal to the broader female audience.

That decision to take on teaching the daf and launch Daf Yomi for Women online altered my career significantly. It ultimately led to the launch of the amuta Hadran through which we organized the Siyum HaShas for Women, as a result of which thousands of women were intrigued to pick up a Talmud for the first time, and over 2,000 of them now learn daily with Hadran.

3.       What is one way that you spoil yourself a little?
My morning cup of cappuccino that I make for myself at 5:15 am. I rise at 5:00, make the morning brachot over learning Torah, drink my coffee at 5:15 and it's my moment of calm before I launch into final preparations for teaching. By 6:20, I am teaching the daf on Zoom in Hebrew then the daf in English at 7:10. That coffee is not only the boost I need, but a moment to myself and my thoughts.

4.       How do you get back on track if you have had an unproductive or distracted period?
The benefit of daf yomi is that you don’t really have a chance to have an unproductive or distracted period. Even if I am not at my most productive, I have to pull myself together at some point during the day to focus on preparing and then teaching. It sounds crazy but it’s one of things I love about the daf. This week I was out of the country when my family was in Israel running into bomb shelters. You can imagine how difficult it was for my mind to be thinking about anything else. However, the afternoon before I headed home, I needed to record my next shiur. I put everything out of my mind for a few hours and focused on my preparation and teaching. It totally cleared my mind and I felt much calmer after. It enables me to block out all the thoughts that run through my mind and focuses my mind on something entirely different. Many women have written to me about what an anchor daf yomi is in their lives. I think it is one of the most powerful things.

5.       What is the best advice you ever received?
To pursue a career about something that you are passionate about. In my first year of teaching in Pelech Jerusalem, I gave out a survey to my students. They needed to write one thing they liked about my class and one thing they wanted to improve. One student wrote that she likes the fact that it is clear that I really love gemara. When you do something you love and are passionate about, that comes across and can have a powerful effect on others. People are also generally better at doing something they really love.

6.       What do you consider as your biggest achievement in the last 5-10 years?
My biggest achievement of my life has been spearheading the Siyum HaShas for Women in January 2020 which led to an exponential growth of women learning Talmud all around the world.

7.       What area do you see that Rabanim/teachers do not stress enough?
Many Rabanim can go on for hours about how central gemara study is for boys/men. But when you ask them about women, they will spring off into an explanation of why they think women should learn other things. I have always been surprised by this phenomenon and we are working hard at Hadran to change this.

8.   What part of Jewish learning is your main focus or favourite?
I think by now, it is clear what my answer with be. Obviously gemara!

How would you recommend people to get more deeply into it?
There are many different ways one can learn. At Hadran we offer a variety of options. One can learn daf yomi by following my podcast (or find someone else’s). If the daf yomi pace is too much, one can choose a masechet and start from the beginning and learn it at one’s own pace using my shiurim. We have begun offering skill-building courses at Hadran. The first one was a ten-week course which was held before Pesach and now lives on Hadran’s site and is available free of charge to anyone interested. The course is a high level course that is geared to both beginners and to those with more experience learning. I would also recommend joining a local Talmud class offered in your community or finding a friend to learn together as chevrutot. There are so many useful tools today to make gemara learning more accessible, whether it be the Koren/Steinsaltz Gemara or the Artscroll/Shottenstein, online shiurim and other online resources.

9. I have often thought that we in the modern orthodox community are walking a tightrope between different worlds both of which we want to belong to and be active in which may detract from our full attention to one or the other particularly to the Jewish side. Can you give some ideas or direction how to connect more deeply to the Torah and Hashem? (Books, ideas, programmes, activities)

Make yourself time to deepen your connection and learn something that interests you at regular times - on your own, with a chevruta, or at a local or online shiur. For me, taking time out of every day to learn something strengthens my connection to God.

Popular posts from this blog 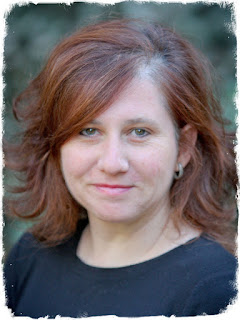 Yael Unterman grew up in Manchester and lives in Jerusalem. She is a creative educator, international lecturer and writer. She is the author of  Nehama Leibowitz: Teacher and Bible Scholar (Urim) and  The Hidden of Things: Twelve Stories of Love & Longing (Yotzeret). www.yaelunterman.com   1.       What was a place, person or event that transformed your ideas, thinking, or perspective? Firstly, thank you for having me aboard and being interested in my ideas. I hope they will be of value to someone reading. I’ve been transformed in the past decade or two by practices that take me away from purely intellectual endeavours, and towards my body, my psychological framework, and my soul. In particular,   I would note meditation practice and gratitude practice. The meditation I’ve done has primarily been through Ohr Halev, a Jewish meditation organization founded by Rabbi James Jacobson-Maisels. I’ve been on nine retreats with them, some of them week-long ones, which have
Read more 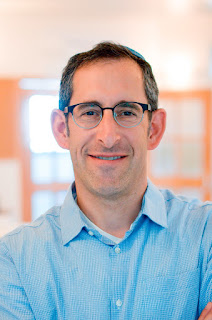 Rabbi Alex Israel teaches Tanakh at Yeshivat Eretz Hatzvi, Midreshet Lindenbaum and is director of programs at the Pardes Institute of Jewish Studies. Born and raised in the UK, Rabbi Israel moved to Israel in 1991 and received the S'micha (rabbinic ordination) of the Israeli Chief Rabbinate following several years of study at Yeshivat Har Etzion. Rabbi Israel holds degrees from London School of Economics, the Institute of Education, London, and Bar Ilan University. His books "I Kings - Torn in Two" and “II Kings – In a Whirlwind” have been received with great acclaim. Rabbi Israel has lectured widely at campuses and communities on five continents. His writings may be found at www.alexisrael.org. 1. What was a place, person or event that transformed your ideas, thinking, or perspective? Broadly we should realize that we are influenced all the time by that which we see, read and experience. That is a wonderful thing, although it may also present a problem if one cons
Read more